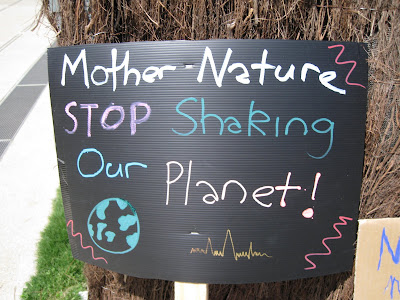 In celebration of Art Month here in Auckland, the kids learned about protesting. The sign above spells out my current thoughts. It's difficult to grasp the devastation caused by the earthquake and tsunami in Japan. The images look like they came from the Hollywood movie, 2012, and not from anything real.

Kai and Ryan, our friend from the catamaran Stray Kitty, had something to say about dolphins. 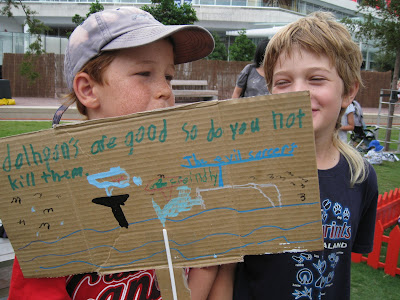 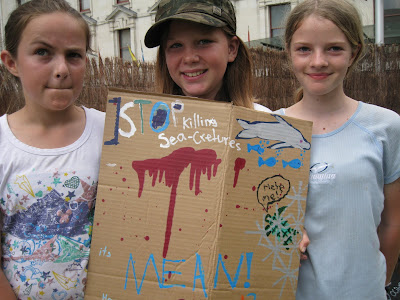 And for the chocolate lovers, what do you think of this sign? 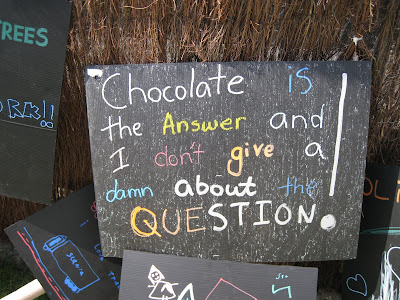 Since we're getting around the city on bikes, I'm ready to stand on the corner and wave a placard, saying, "Be kind to bikers." Along the same theme, it'd be great to get everyone to "Stop Using Cars," but that's a huge dream, especially here where people seem wedded to traffic.

And how about smoking? My UC Berkeley roots are shaking away. "Stop smoking in front of kids." I just learned that there are laws in California, Oregon, Arkansas, Hawaii and Maine prohibiting adults from smoking in a car with children on board. Many countries, including parts of Australia, Canada and the United Arab Emirates have similar laws. A bit Big Brotherish, but still a good idea. Imagine if China adopted a similar law.

All right you readers -- if anyone is out there --- what would you have on your placard?

Happy Wednesday or Tuesday for those on the otherside of the international dateline.
By Ruth - March 15, 2011 2 comments: 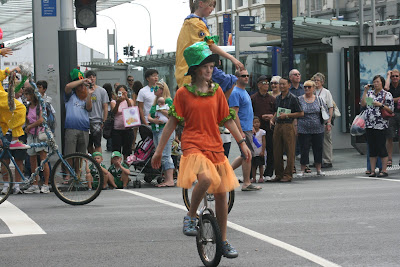 Maya, Kai and Celia hopped on their unicycles, donned their Irish garb and helped bring a bit of Ireland to Auckland in yesterday's St. Patrick Day's Parade. 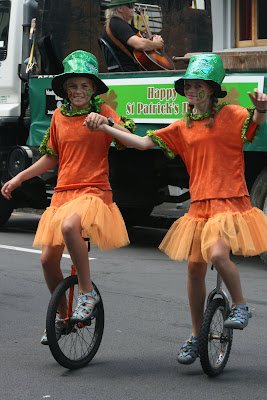 Maya and Kai did their backwards and forwards push me - pull you dance... 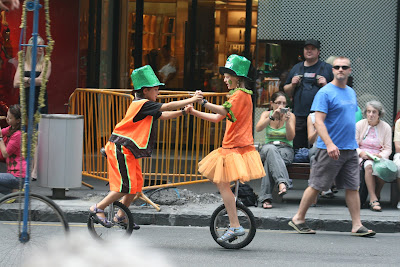 They weaved in and around the big giraffe unicyle as they made their way up Queen Street. 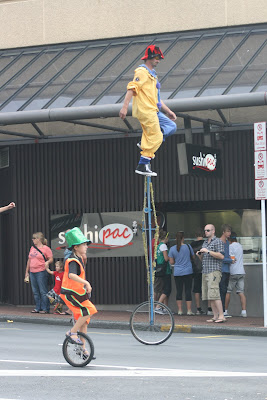 The bagpipes played on ... 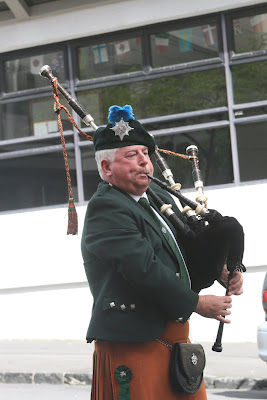 And the floats had gorgeous little fairies. 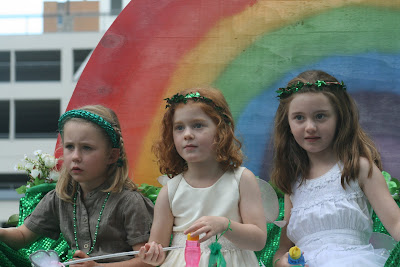 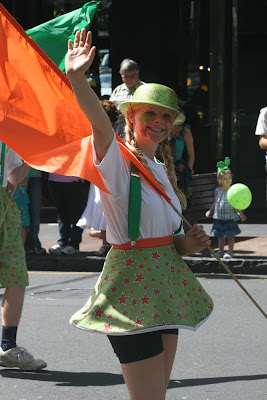 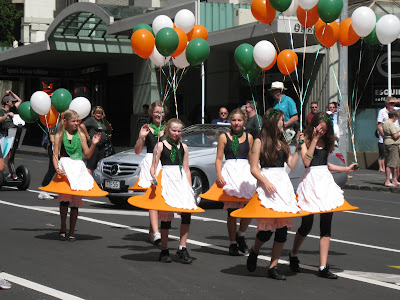 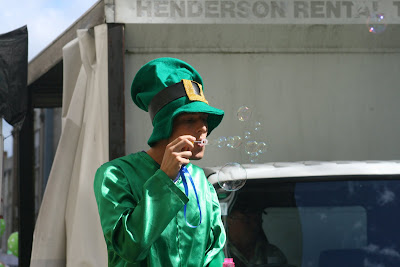 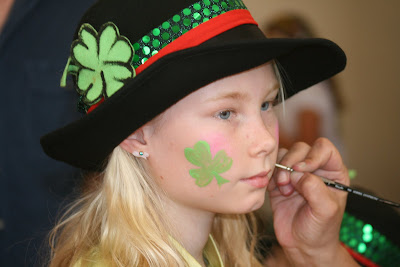 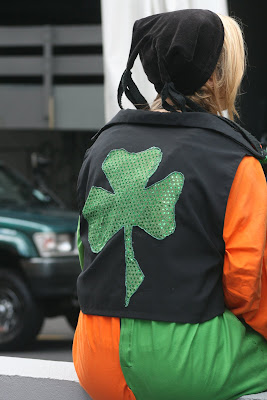 And Ireland came to Auckland ... 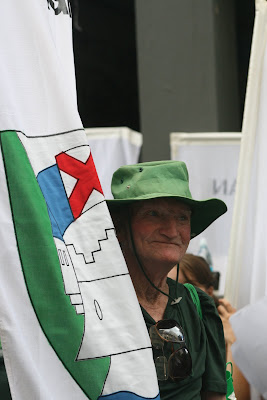 Here in Auckland, we didn’t feel the devastating earthquake that rumbled Christchurch on February 22. Christchurch is an island away from us. It’s in the South Island almost 500 miles from us here in the North Island.

What a horrible event. The people living in Christchurch have been experiencing earthquakes almost daily since the big one hit September 3rd. Today Maya and Kai and their classmates are wearing red and black to school and bringing canned food to support the victims of the quake.

Another horrifying event is the piracy in Somalia. We don’t know the Danish family on the boat Ing that is currently under siege, but people docked in our marina are good friends with them and said they received an email from the Johansen family just days before they were kidnapped stating that the parents thought they would be safe since they have three children on board.

I cringe at this naive statement and want to respond, “What were you thinking? Going somewhere so dangerous with your precious cargo?” Now isn’t the time to lecture and hindsight provides clear vision.

Many sailors that we know are considering following their route and sailing up the Gulf of Aden and through the Suez Canal. After all, that’s the shortest and easiest way to circumnavigate, plus it brings them to the Mediterranean and Europe. Some plan to participate in a convoy with a fleet of boats for protection; others are considering shipping their boat with Dockwise through Pirate Alley. If anyone asks me, I’d advise them not to go. It isn’t worth the risk. Go the other way – across the Indian Ocean, South Africa and Brazil. It might be longer and harder, but you’ll be much safer.
By Ruth - March 03, 2011 No comments: