Early in the morning after sailing all night from Bahia de Caraquez, Kamaya pulled into a small cove off of a large island. Later, Kai and I woke up. We were greeted by some friendly hawksbill sea turtles and everyone swam with them. 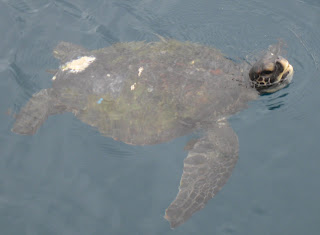 Then we had breakfast, played with the stuffed animals ‘til noon, had lunch, and continued playing. The sparkly white bear was having a chariot race with a rabbit called Duckshoes, a gray colored whale, and Stormy, a husky puppy from Alaska.

At 4:30 or 5, after all the tour boats left the island, we went on shore to take a hike, up from the beach into the hills, where we supposedly would see blue and red footed boobies. We only saw the blue ones. But we did see a rare mammal. It happened like this.

Kai ran ahead and Oma, my mom and I trailed behind. We rounded the corner and walked towards the bush up ahead. There, a strange animal was lurking. I recognized it at once, the majestic, Ecuadorian Soccer Frigate, standing on two red legs with a yellow belly. The head was that of a human, the grey forelegs were like hands. The body was four feet tall in length. I pointed this out to Oma. This mammal is called Ecuadorian for the yellow belly dotted with blue and red (the same colors as Ecuador’s flag), Soccer for the rounding fur which may resemble a ball and Frigate for the red legs whose thighs can puff up. The Ecuadorian Soccer Frigate does NOT have any feathers. And then it charged. Talons outstretched. I jumped aside. The young ESF (Ecuadorian Soccer Frigate) was probably about as old as my brother Kai. I had a pet ESF at the boat. I was thinking about training this for the better while walking. I did train it. Then it ran away as we climbed the steps. I blinked and it looked like a human, then regular again. Bye little ESF.

The steps went on forever. There were 2 sets of stairs. Each seemed like they had 100 steps. Finally, there was a resting spot at a fork. One side went up a hill the other went up slowly in the opposite direction. We went for the gradual path. At first it was steep, until the path rounded out to almost flat. We heard a honking sort of quacking noise, and some squawking, and whistling. Everything except the whistling is from the females. The males are smaller and appear to have smaller eyes than the females. We continued walking up the path. Thankfully, it had no stairs. Eventually we saw some blue footed boobies. The boobies squawked and whistled to one another. Their blue feet patting the ground as the boobies waddled. They would offer sticks and twigs to their partner. Occasionally the male would sky-point. As shown in this video.

The path led us to a clearing where many birds were nested. They squawked and whistled to one another and sky pointed etc. my mom and I stopped to take a video and some pictures. The group returned to the beach and walked to the dinghy. We pushed off shore and rowed to Kamaya. The next day we would go to see the other birds, but not now.

Take the quiz. Which of these pictures shows an ESF?

Is it this one- Choice A? 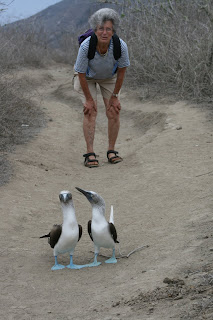 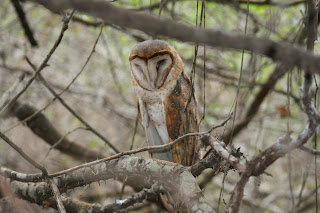 This one - Choice C? 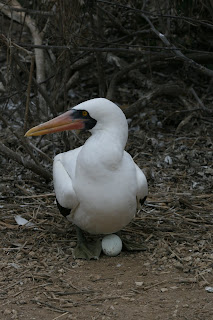 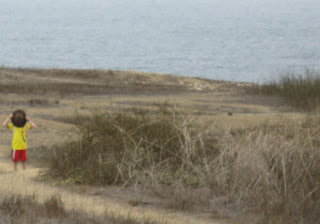 How about this one - Choice E? 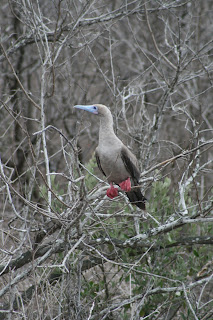 Maybe this one - Choice F? 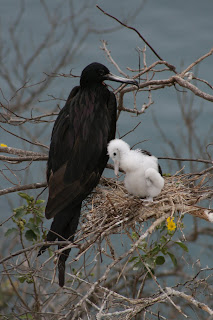 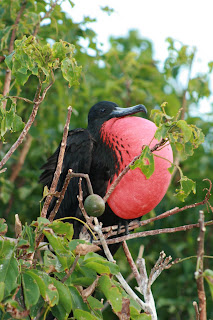 Or this animal - Choice H? 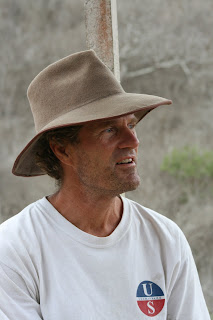 Incredible bird pics!! Love the red footed one and the owl, but I am going to go with Choice D.
Did I win??? Was I right?
Lucky you - to swim with the turtles :)
PS I have the God's Eye you made us hanging in our main salon!

Jim and Heather,
I can't tell you which one is correct, yet. Happy Thanksgiving. and hope all is well in the states, Maya

Hi Maya!
Hmmm!...Face like a human, yellow belly, tall...It would almost have to be D except WHERE are the red legs?? Maybe I could see the red sunburn if I got closer. So D, I vote for ite too. It's unanimous so far.
Thanks for the good story, Maya. I almost felt like I was there. It was a nice Thanksgiving gift.
Tess says for you not to worry...she still likes to play.
MMM

Defineteley D! Hey it was great skyping with you! Lets do it again soon. Hope you all had a nice Thanksgiving/any of those birds good to eat? haha...
We miss you,
Lisa